Before reading on, there are some real-life examples of serious issues our engineers have identified whilst conducting maintenance work.  Due to the sensitivities involved around these projects, names, locations and project references have been removed. We would like to stress that this article is not directed at any single contracting entity, but written as a general reflection on some negative traits that can be identified in the sub-contracting market, from time to time.

Unfortunately, we are finding that a number of the projects our teams attend to don’t arise as a result of economic conditions, rather they simply due to the procurement processes some contractors employ in the first instance. And this can be heavily focussed on perceived cost and offsetting risk associated with any particular work package. To explain in simple terms: 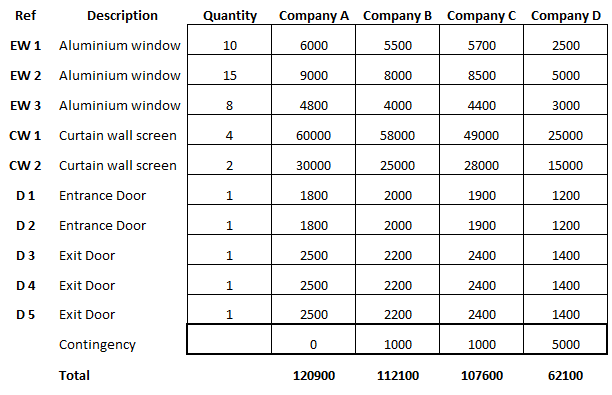 Company A and B are known to the contractor, they are both confident they have covered every aspect of the bid, are well respected in the industry and either one would be able to deliver the works in accordance with the project requirements – safety, spec, quality, methodology and programme etc.)..Company C is ‘a bit hit and miss’; they always get there in the end but require a large amount of management resource to get their works ‘over the line’.

Company D are not known to the contractor, they may be newly formed or based abroad. However, they have a fantastic salesperson and give all the necessary assurances that one might expect regarding testing certificates and examples of past projects. BUT the gap is so significant (£58,800), everyone’s a bit worried about how it might pan out.

That being said, a difference as large as that can’t be ignored – there’s barely any margin in the project and even if it were to go wrong, surely they’d be able to find someone to step in and pick up the damage for a fee less than either the sum totals of using company A or B. This is when temptation sets in! The fantastic sales person continues to give his declarations about the best ever windows in the world and the decision is made.

After paying the large, up-front deposit, the first thing noticed is the windows don’t turn up on time, then they’re the wrong colour, next they have the wrong ironmongery, and finally the fitters have no comprehension of what EPDM is, or how to execute the interface details with other works packages. Phone calls are made and the lines ring dead. It transpires that company D aren’t even manufacturers of the products but are in fact buying them in from a foreign company – who themselves are sub-contracting out to a separate manufacturer.

Staff are given the impossible task of trying to mitigate ongoing project costs, the project overruns, the client issues delay notice, damages are levied and as a result, reputations are lost.

So, what are the lessons here?

There’s no such thing as apples with apples: The first thing is to accept that just because a few different companies have put a price against a specific item on a bill of quantities, it doesn’t mean that all the companies are offering the same thing.

Engineered projects are not widgets, all companies are different and they employ different people, with varying competencies and differing resources. Dig a bit deeper and gain an understanding of the value each company brings to the table as in any product, person, or process, or something offered over and above the others. 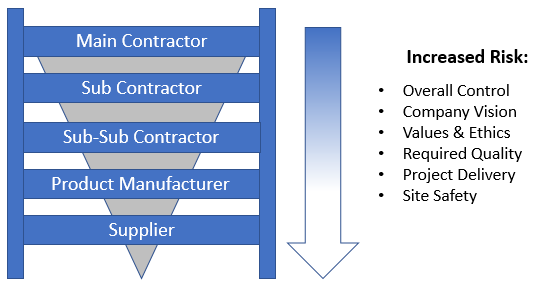 Dilution ladder: Despite our best efforts, human beings do have limitations and with the best will in the world, we are never able to communicate 100% cohesively with those closest to us, let alone separate organisations – or for that matter, the companies that they use, of the suppliers to those companies. For this reason, each time an aspect of a project is sub-contracted out, there is a risk that your own vision, values and standards – that you would expect to be delivered on a project – become somewhat diluted. Furthermore, effectively managing sub-trades takes a significant amount of manpower and relationship building – going even further down the ladder takes much more work. Therefore, the only simple resolution is to reduce the number of rungs in the ladder.

Supply Chain Evolution: Fortunately, many companies have implemented supply chain policies and structures to limit the opportunity for cost-based decision making and if you’re a sub-contractor, you’ll be more than familiar with references to; unapproved, approved, preferred, strategic, partner. However, it’s all very well and good having these systems in place, but if staff don’t adhere to them and get caught up in ‘Company D’ propositions, they mean nothing; the cycle continues, projects go wrong and costs spiral out of control; if not immediately, then certainly in the future. You think I’m wrong? See below a small number of examples of major errors our teams encounter on a day to day basis: 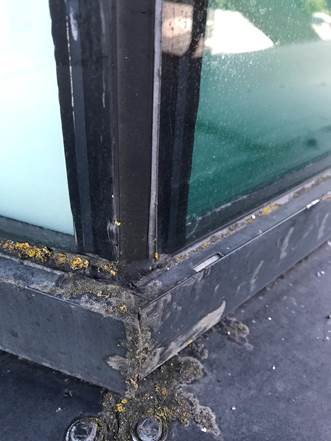 Drainage slots to a curtain wall installed upside down. 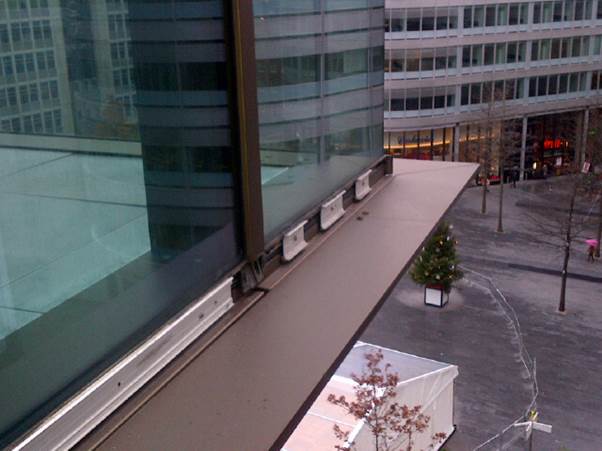 ‘Completed’ curtain wall screen located on the 8th floor of a building, with 200Kg+ glass retained by three stitch plates. 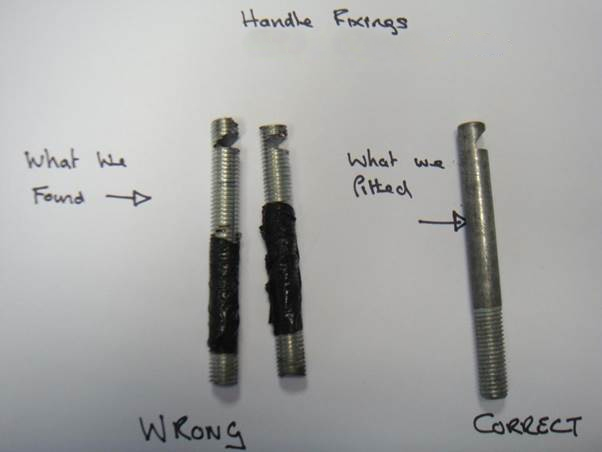 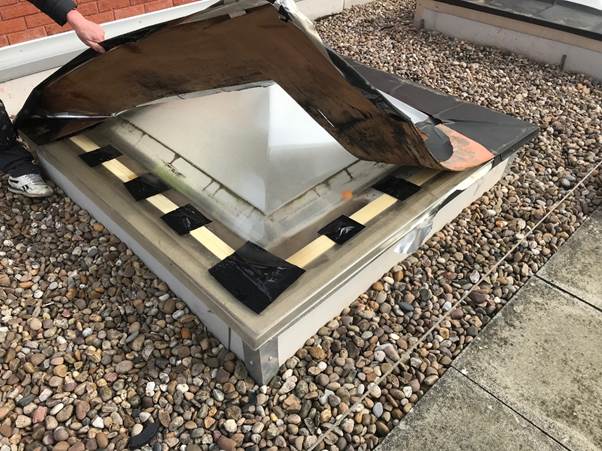 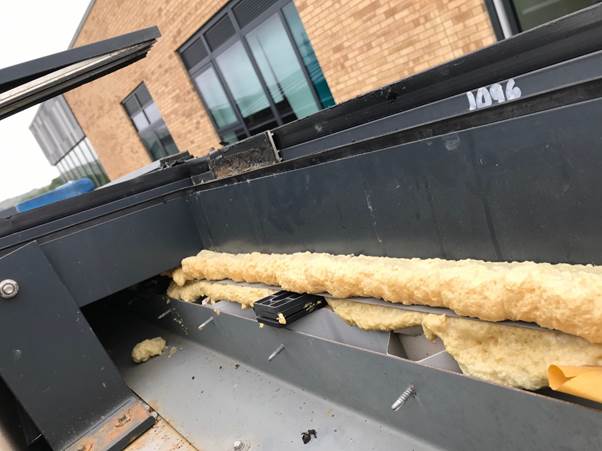 I wonder why this is leaking? 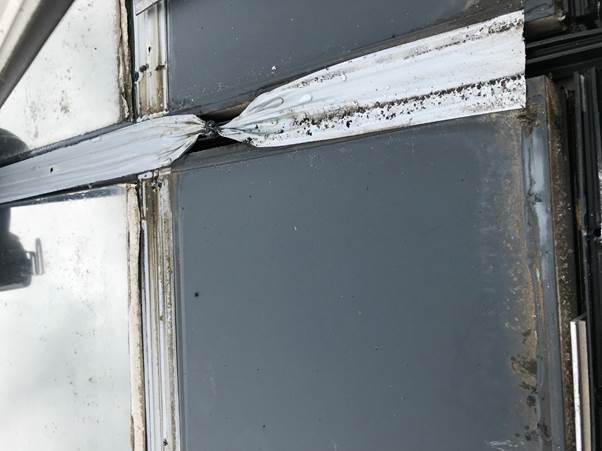