Raising Funds for Candlelighters – Our Grand Total for 2021

HomeCharityRaising Funds for Candlelighters – Our Grand Total for 2021 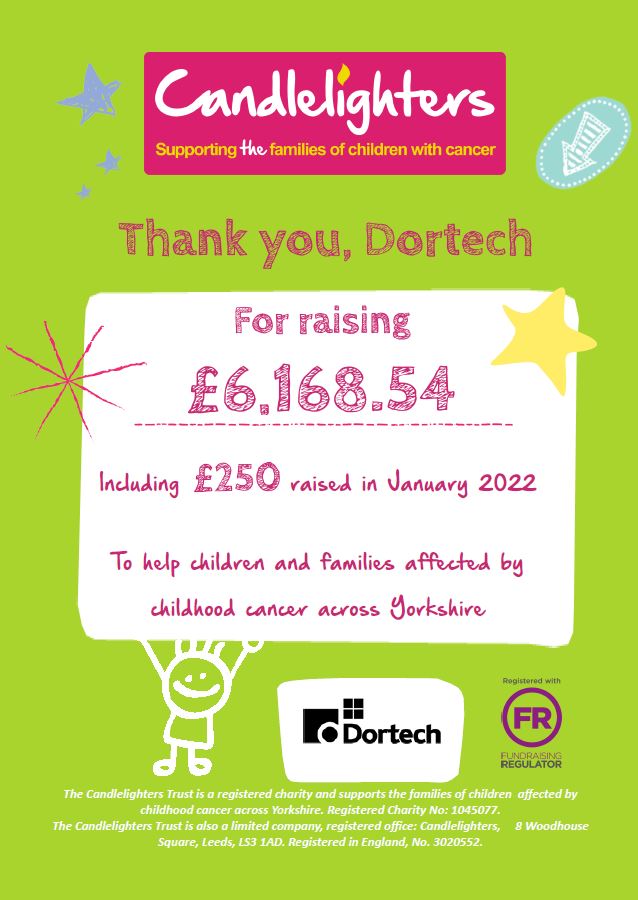 Raising Funds for Candlelighters – Our Grand Total for 2021

Last year, the team at Dortech Architectural Systems took on the challenge of raising money for Candlelighters. Candlelighters is an incredible children’s cancer charity that supports children and their families in Yorkshire who’ve been diagnosed with this terrible illness. Today we’re excited to reveal our grand total for 2021 and how we managed to raise this staggering figure.

2021 was a tough year for many of us, but we were blown away by the generosity of our clients when it came to supporting our efforts for Candlelighters. Today, we are delighted to announce that we have now raised a grand total of £6,168.54 for the charity! This could fund all of the charity’s children’s talking therapies for over half a year, which just goes to show how valuable your donations are to this worthwhile cause.

In order to raise this incredible sum for the charity, our maintenance and door divisions at Dortech donated money for every glazing maintenance contract we completed and every Warrington door sold. The Warrington door was inspired by Josh Warrington, a professional featherweight boxer. He is aiming to be the next IBF World Champion, and you’ll want to keep an eye on him during his next planned fight on the 26th of March against Kiko Martinez. Josh Warrington has had a long relationship with Candlelighters, and so when we started to discuss the possibility of designing a door together, the charity was always something we wanted to involve.

Josh first learnt about Candlelighters a few years ago, when he visited the oncology wards and met some of the children the charity helps. He has been so inspired over the years by these brave youngsters and is determined to do all he can to support them and their families. Josh approached us following some personal concerns for security and privacy about his own front door, following an incident that took place near his home. 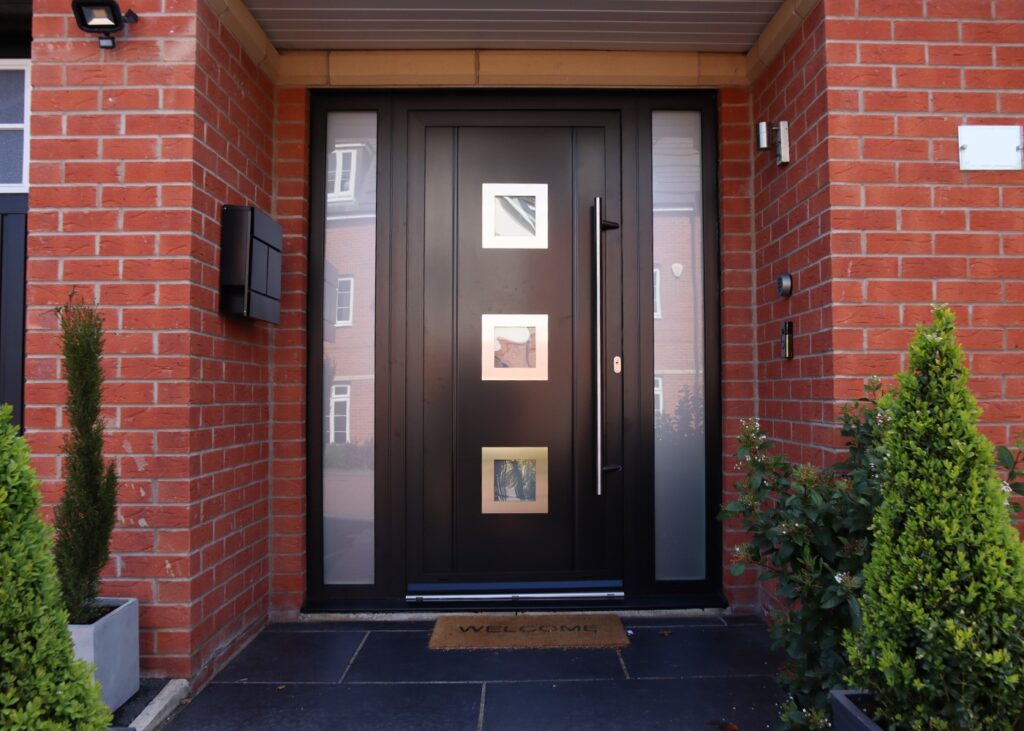 We worked with him to create this unique door solution, which was double the thickness of his current door. It’s constructed using aluminium and features some of the top smart technology fixtures on the market. As the initial design was such a success, we decided to name this door after Josh and add it to our range of doors. For each Warrington door that is sold by Dortech, we donate £100 directly to Candlelighters. This has been one of the core activities for our fundraising efforts in the past year, and as you can see, it’s resulted in a fantastic donation to Candlelighters.

A huge thank you to all of our clients who’ve supported both Dortech and Candlelighters over the past year. We are so excited to have been able to raise so much for the charity and know that the funds will go a long way to support children with cancer and their families. If you are interested in learning more about the charity yourself, visit the Candlelighters website to discover the amazing work they do in our local community.